Reflections from the State of Power illustrator

I was approached last year by Nick Buxton of the Transnational Institute and asked if I could create a series of illustrations to accompany essays they were bringing out on the theme of Global Capital and Financial Power. I wanted to say yes, but the theme made me hesitate. The workings of the global financial world was not a subject I knew much about, or had felt inspired to address as an artist before.

However, I’m really glad that I chose to take up the challenge, because working on this project has led me towards developing a whole new visual style to add to my repertoire, and pushed me to come up with new metaphors, visual symbols and ways of representation.

I started by just reading and re-reading the articles, interrogating them from my own perspective and isolating the core ideas I wanted to visualise. Initially this process proved heavy going, but slowly I started to get under the skin of some of the terminology.

It was interesting and challenging to unravel textual language – which often works differently within the domains of different specializations – and then come up with ways to express these specialized ideas through visual language, which is far more (though by no means entirely) universal.

Some essayists – like Saskia Sassen or Brett Scott for example – were remarkably lucid, and provided perfect entry points to understand the larger whole.

Something about the non-physical nature of finance made me want to find a ‘mood’ or ‘setting’ that would give the entire series a connected-ness in terms of the feel.

Also, as an artist, light has always fascinated me. The quality of light in an image brings an underlying yet pervasive tone to the work.

And so with the colours. I feel there’s something very dystopian about the world of global finance, and that determined the colour palette as well as the generally shadowy and uncertain scenes and environments I created. For contrast, I used humour and a kind of absurdity as well. And for metaphorical play I drew on everything from surrealism to science fiction to corporate charts and algorithmic patterns.

In the art for the Saskia Sassen interview, I even introduced a reference to Shiva Nataraja – the four armed Hindu god that performs the ‘Tandav’ or ‘dance of destruction’ at the close of each ‘Yug’ (era/age) in the Hindu cyclic conception of Time.

I’m really happy with the final results and love the way Evan has finally designed the report and played with elements of the artworks online. All in all, it has been a very satisfying experience. 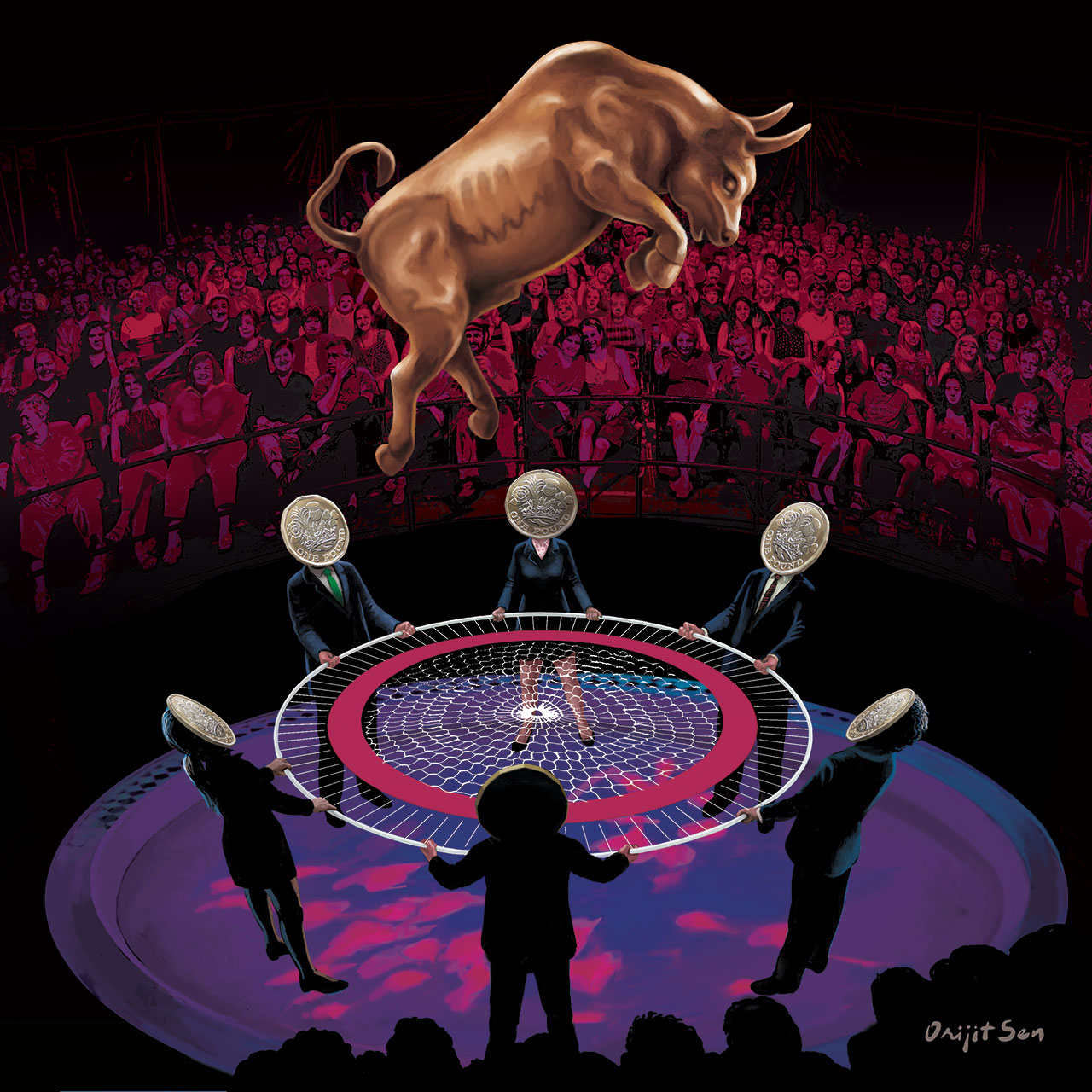 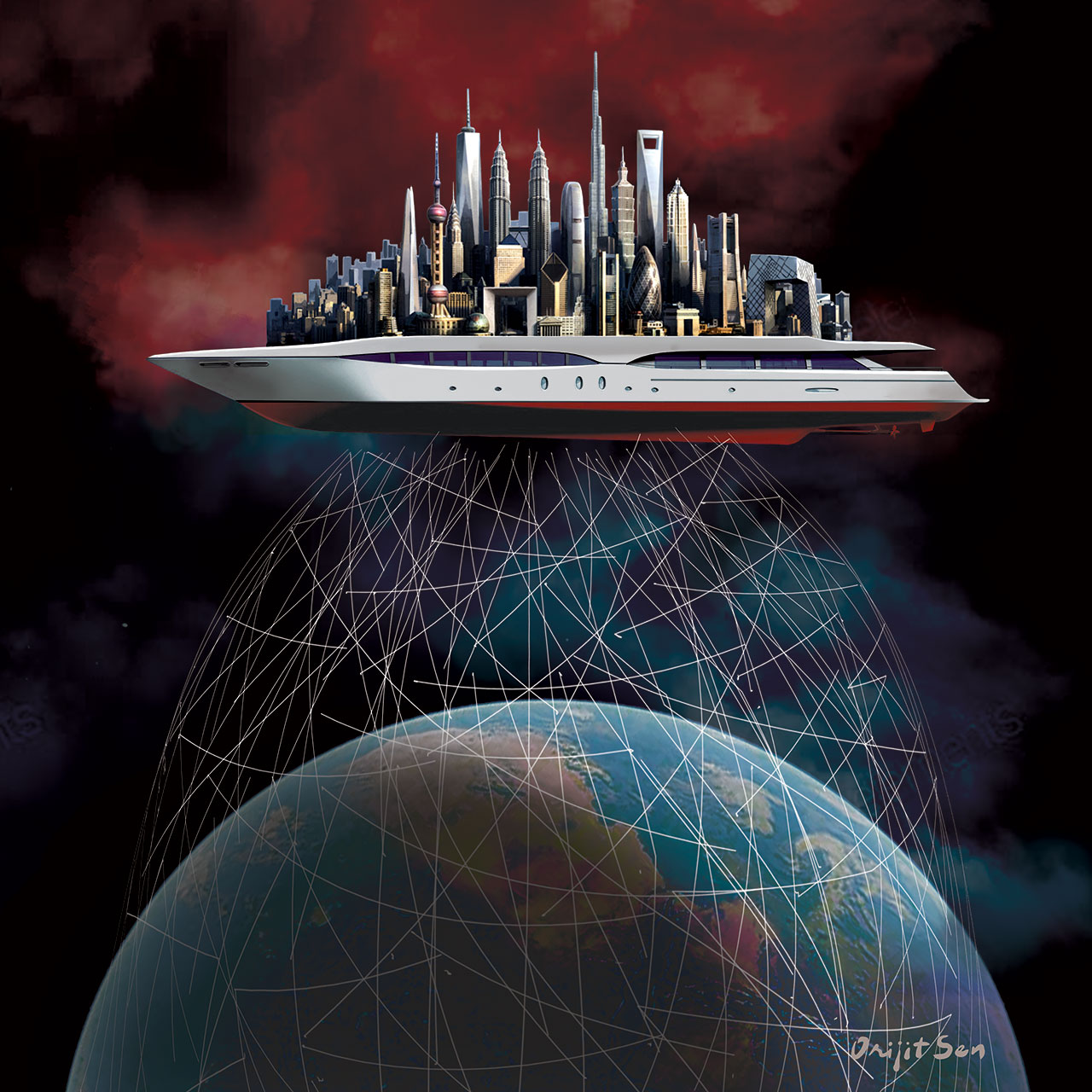 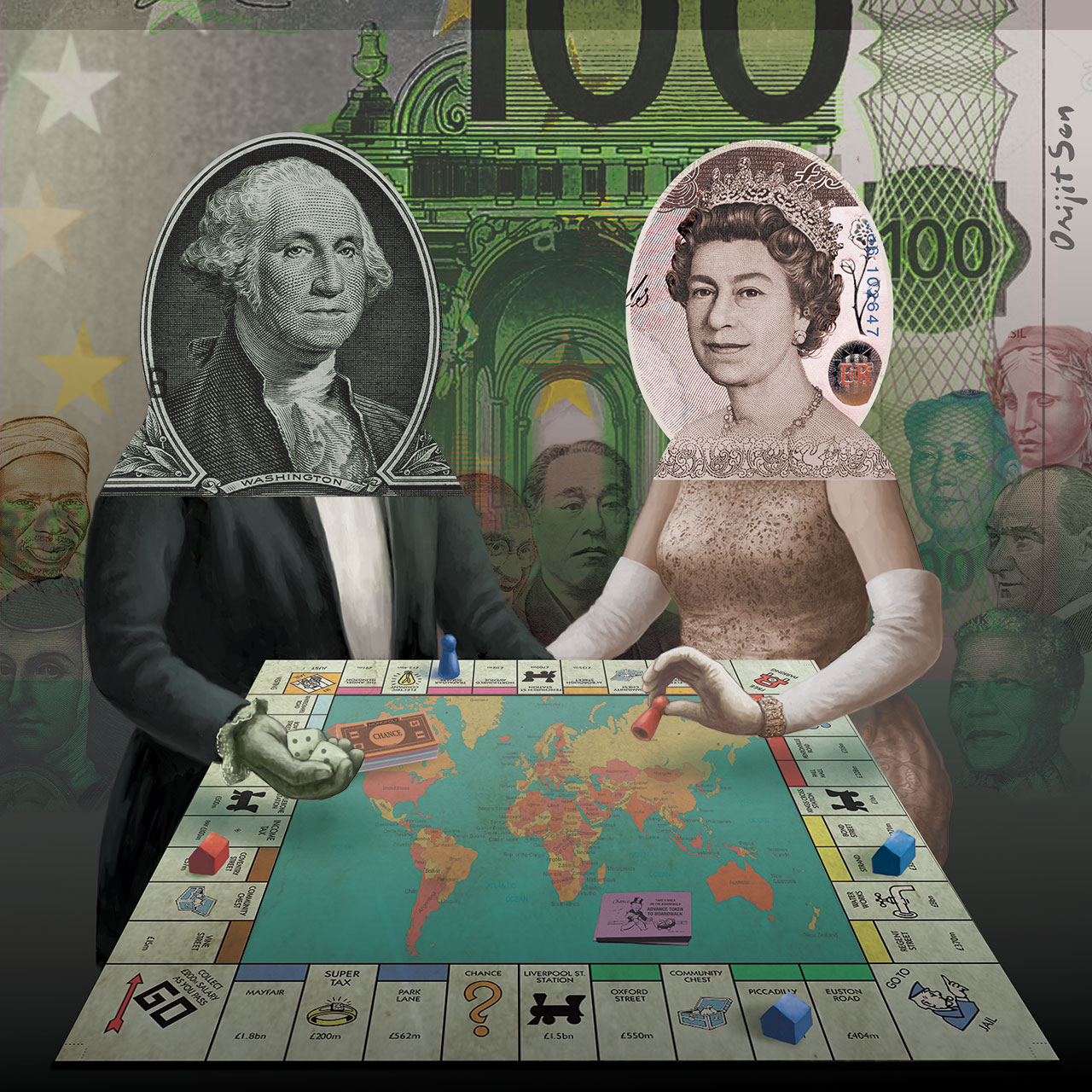 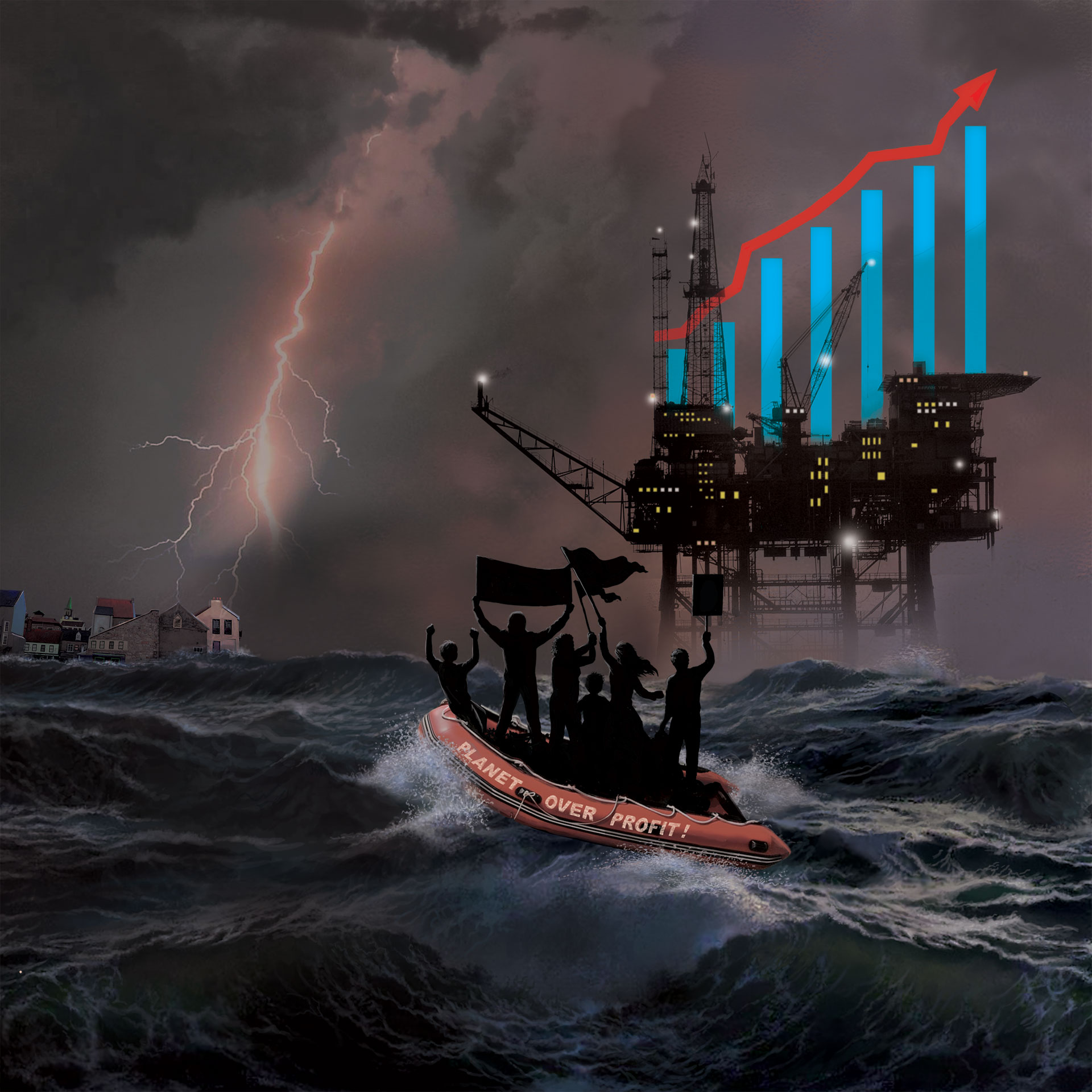 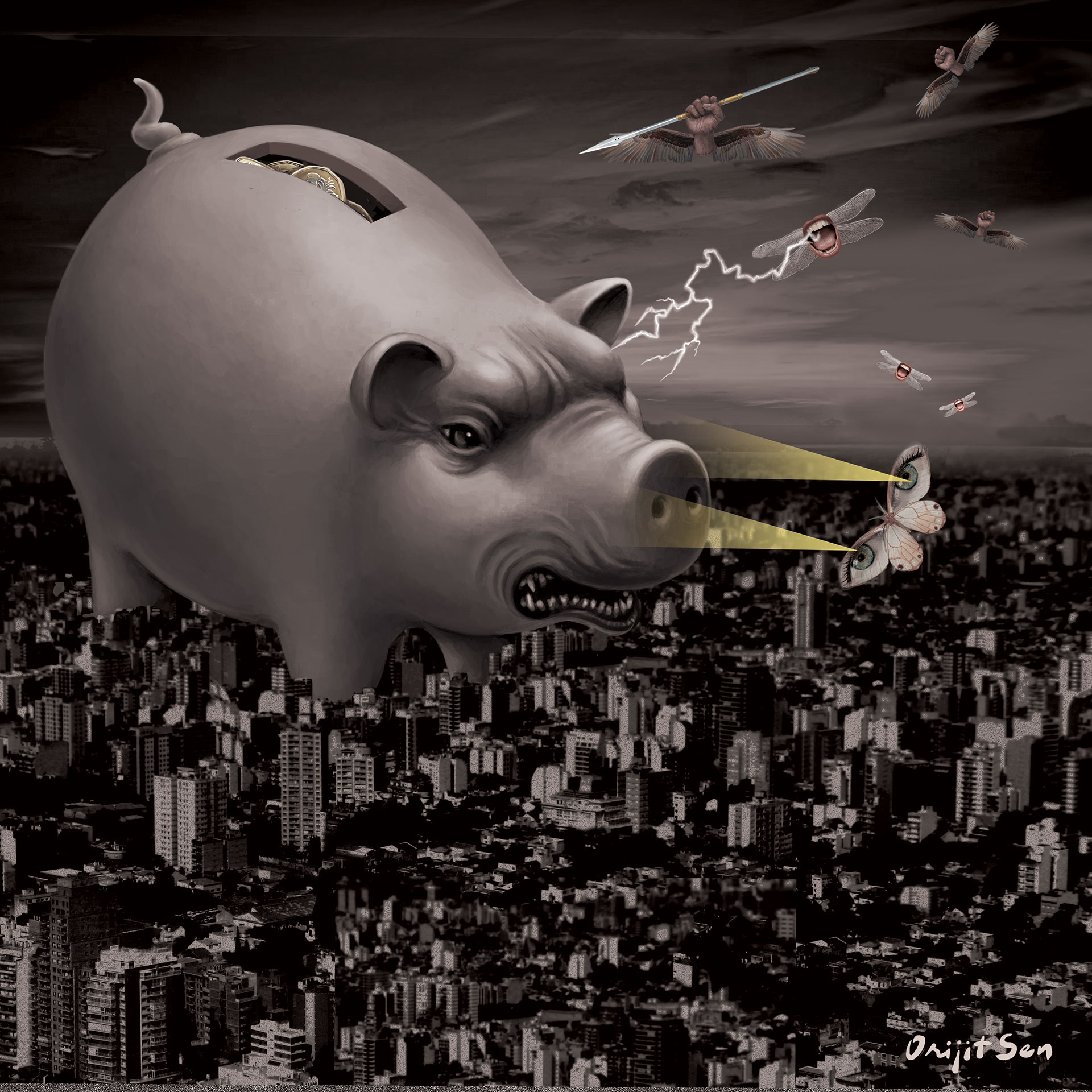 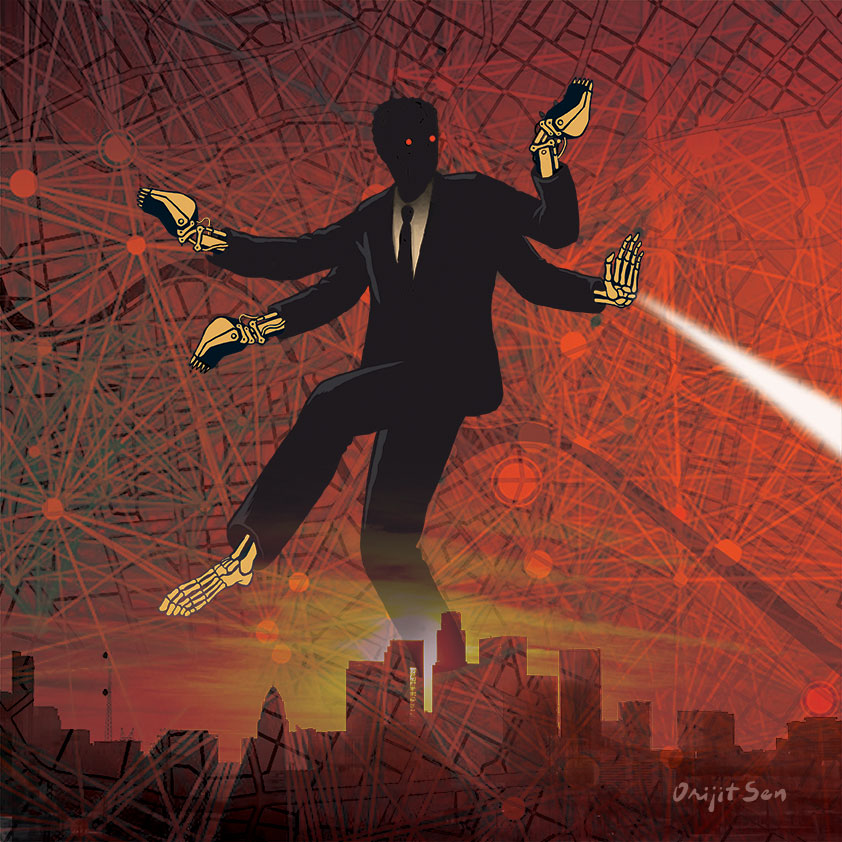 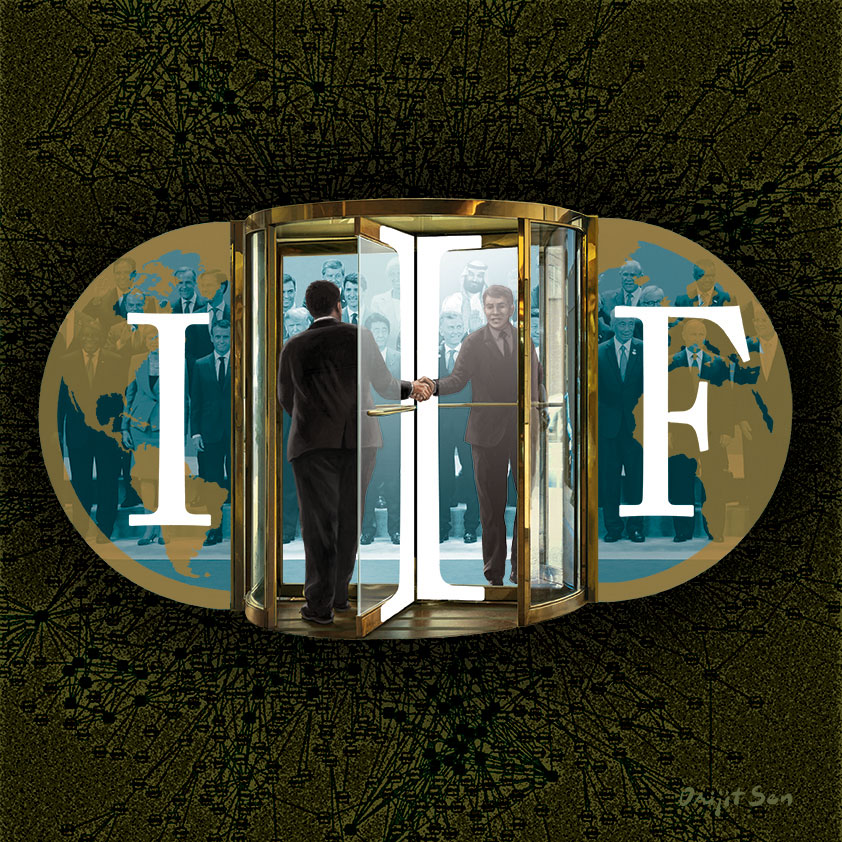 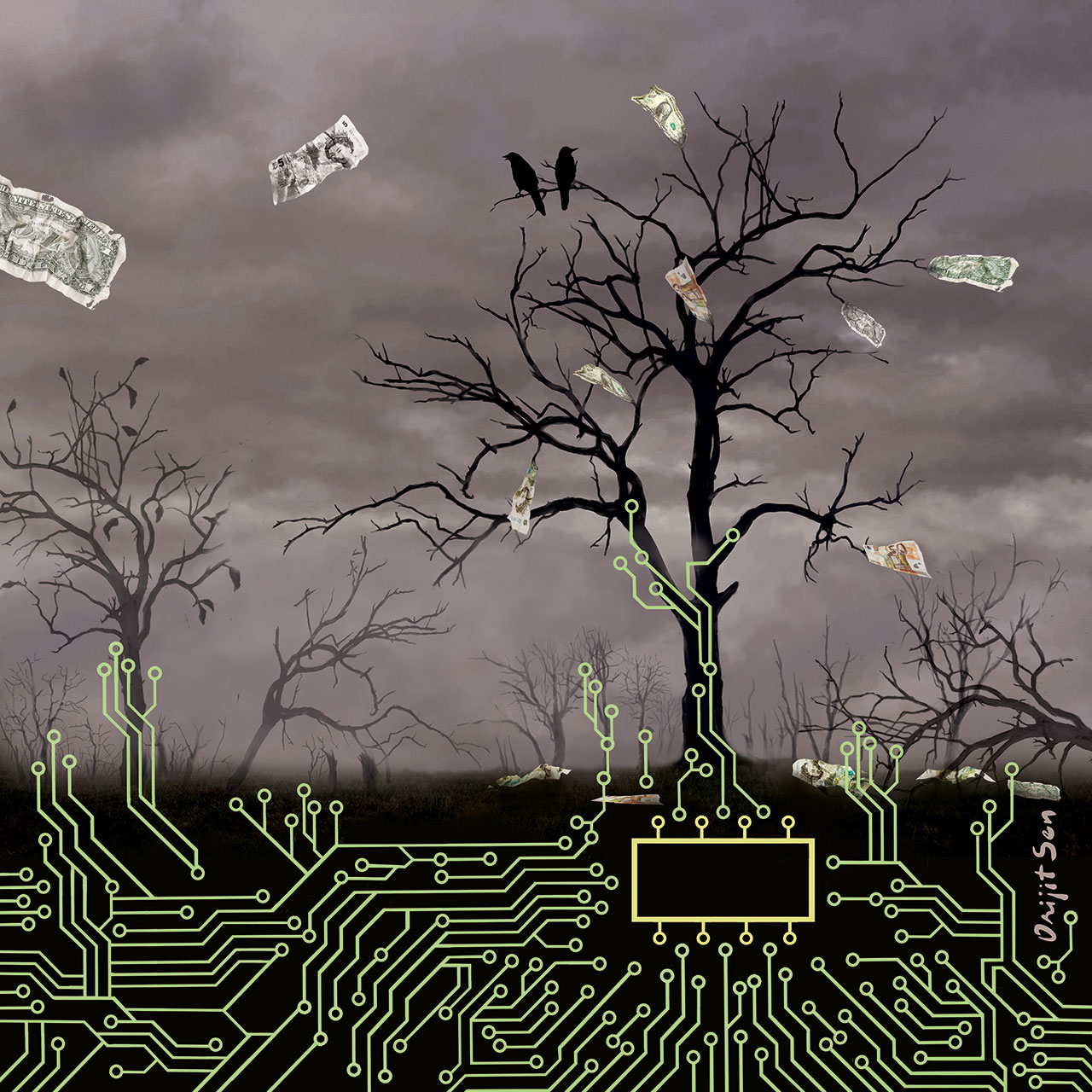 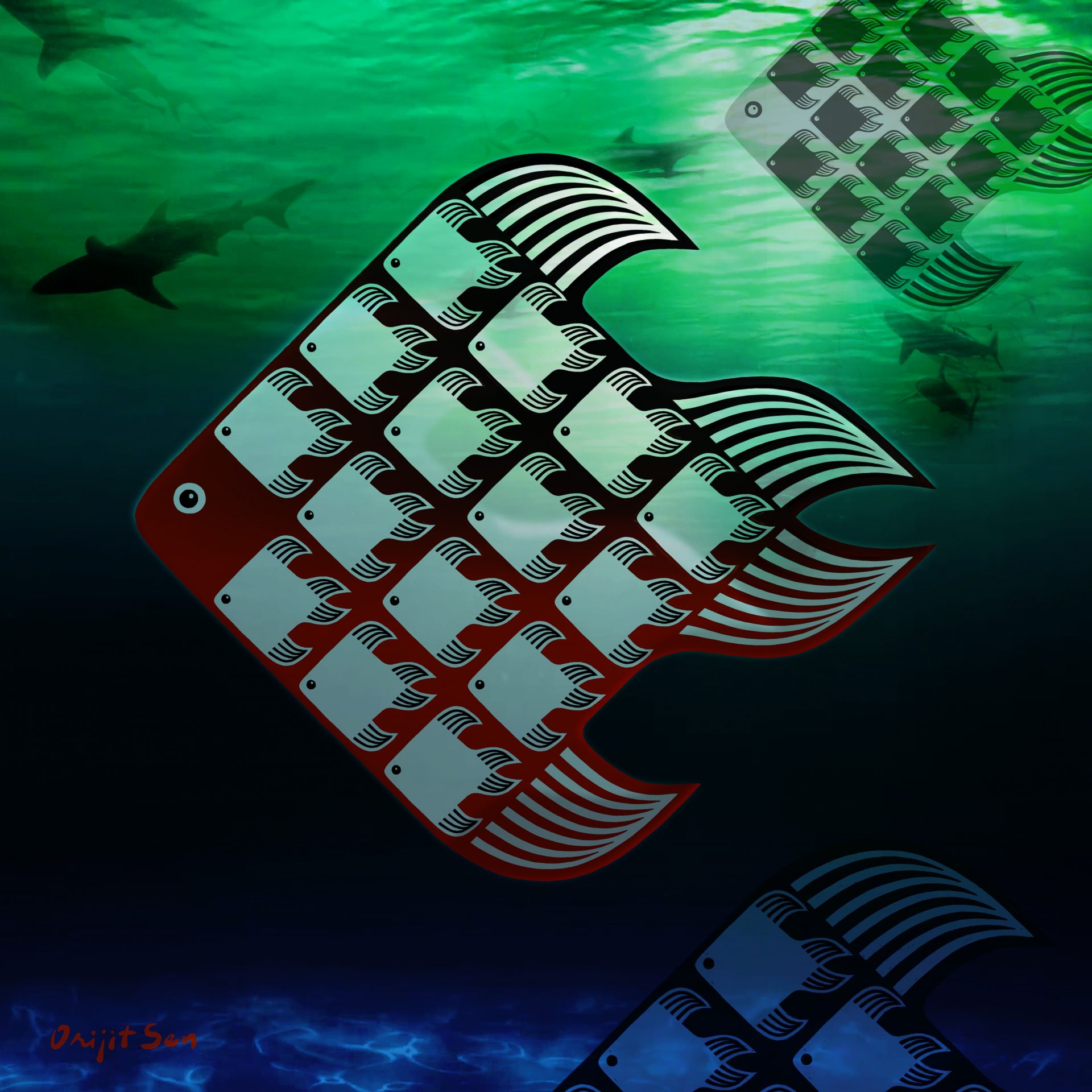 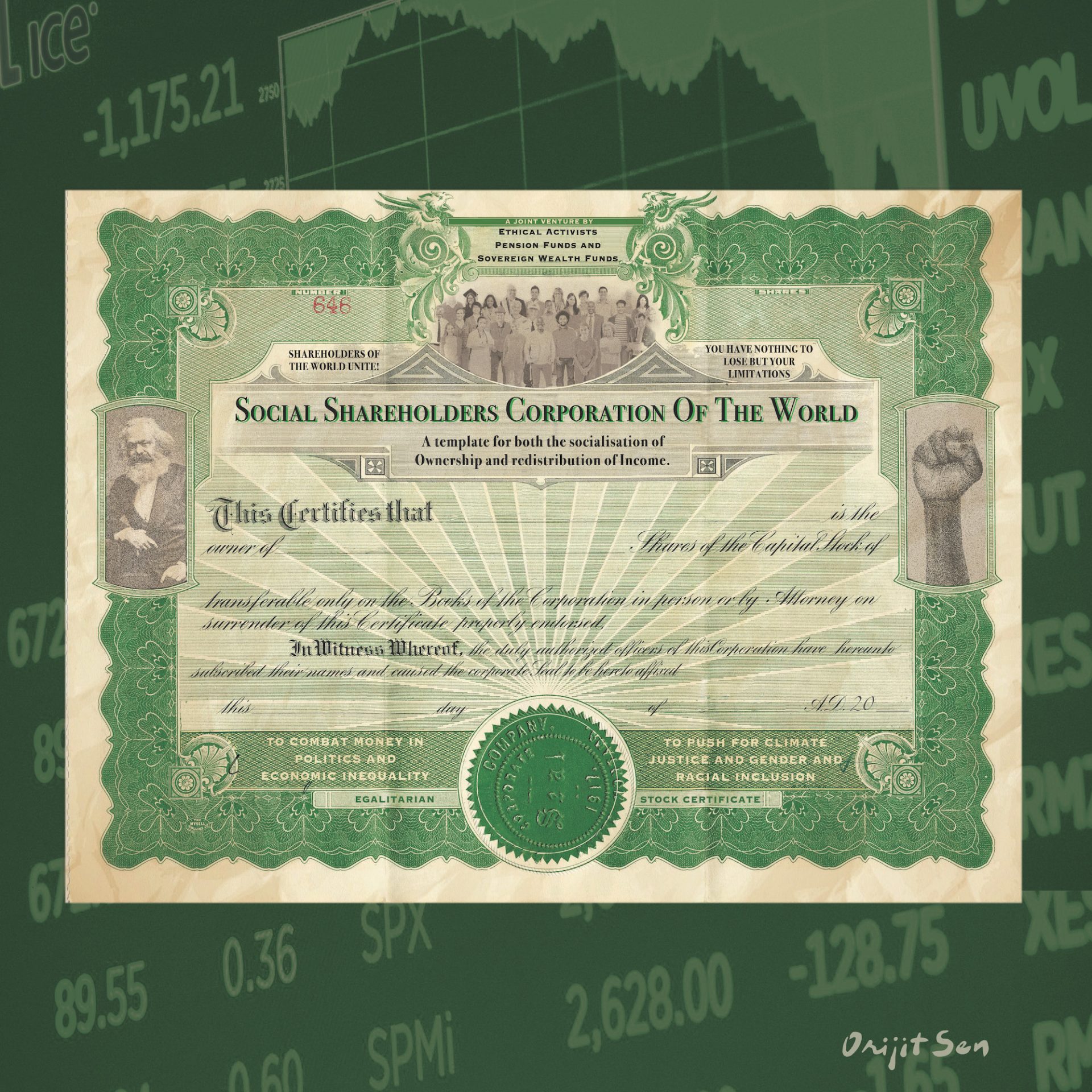 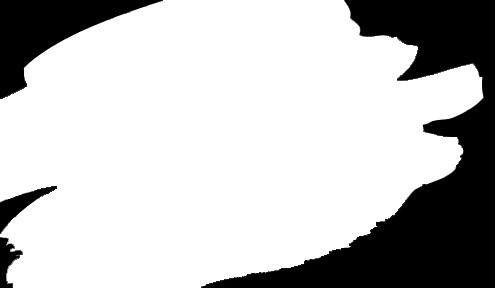